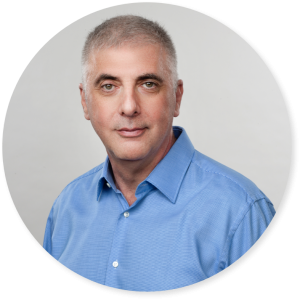 Leonid Nevzlin is an Israeli philanthropist and publisher. Throughout the 1990s and up to the early 2000s, Nevzlin was a shareholder and a top manager at the Bank Menatep, the Rosprom financial industrial group, and the Yukos oil company. Before leaving Russia for Israel in 2003, he also served as the President of the Russian Jewish Congress, was a Senator in Russia’s Federation Council, and was elected as a Rector of the Russian State University for the Humanities.

In Israel, Nevzlin established the Nadav Foundation, launched the Leonid Nevzlin Research Center for Russian and Eastern European Jewry at Jerusalem’s Hebrew University and re-imagined the future of the Museum of the Jewish People, where he is a member of the Board of Governors (Founding Chair).

He is a board member of the Interdisciplinary Center Herzliya, Israel’s first private university, and has also served on the Board of Governors of the Jewish Agency for Israel and the Board of Trustees of Keren Hayesod, an official fundraiser for Israel. Leonid, personally and through several affiliated non-profit organizations, supports different projects in the field of education and health.

Additionally, Nevzlin is a shareholder and a board member of Haaretz, Israel’s leading newspaper, and a founder and a publisher of Liberal, a reputable, Hebrew-language monthly magazine, as well as Detaly, a Russian-language news and analytics website.

Words from the Founder

Two main tasks were defined for Nadav then:

The first one was to research the history and culture of Eastern-European Jewry. My first big project was opening the Nevzlin Center for Russian and Eastern European Jewry at the Hebrew University of Jerusalem, which successfully develops and expands its activities until today, and hopefully for many years to come. The most recent Nadav project in this field will be inaugurated soon; J-Doc, a vast collection of unique documents from Eastern European archives demonstrating anti-Semitic nature of the Soviet regime, published for the first time.

The second task was promoting the concept of Jewish Peoplehood, which has been primarily reflected in the re-creation of ANU – Museum of the Jewish People (formerly known as Beit HaTfutzot), but also in many other projects and initiatives.

I’m proud to see that ANU has become a uniquely significant platform for strengthening ties between Israel and Jewish communities all over the world, ties which, in my opinion, are immensely important in a world that seems to be more fragmented and polarized today than ever before.

The Foundation’s flagship project spanning more than 15 years, the renewal of the Museum of the Jewish People, has come to an end, and with the grand opening of the new Museum planned for 2021, we already have exciting plans and ideas in the works.

Together, along with emphasizing the true significance of Jewish identity, the Nadav Foundation will work on strengthening the Jewish people by encouraging discourse based on pluralism and liberal values.